As my second wedding anniversary approached my head was flooded with thoughts. I knew I wanted to write something, but wasn’t set on a direction. I could easily write something incredibly mushy or a monologue of sarcasm, woven with humor.

However, going solely in either direction didn’t settle right for me. Then, I thought about marital advice others are so prone to freely shovel out. When a couple is knocking on marriages front door, everyone has an opinion of what you should or should not do. “Don’t go to bed angry.” “You have to be 100% transparent in your finances.” “Don’t do anything in the first year that you aren’t willing to do for the rest of your life.”

People can jump at a hat to tell you how to do it, but no one ever really says what marriage is. They’ll tell you it’s hard, you have to choose to love that person every day to make it work, they’ll tell you clichés, but spare you the details.

I think each of us had an idea of what we felt marriage was like BEFORE we were married, then after, found ourselves bobbing in waves of saltwater, when we had planned to be skiing in the mountains.

I won’t tell you I’m an expert — not even close. I’m two years, to the day, into this adventure. 30 years from now, there may be many edits and additions I will want to make to this list, but from my experience here is what I believe marriage is:

Marriage is being is each others biggest cheerleader. Before My Someone, I understood that phrase, but had a hard time visualizing it in real life terms. My husband is my encourager. He is the one who convinced me to make my art a full-time career and take calculated risks, I had been afraid of. He continuously builds me up and not by a compliment waterfall. He helps out in ways he is able too. He offers constructive criticism and gives suggestions when I’m overwhelmed — all in a way that gives me confidence to take on whatever task I am currently facing.

Marriage is weird. It’s kissing your entire personal space goodbye. In the last 12 hours I have muttered the words “Is it really necessary to be licking my nose right now.” It’s having the grossest conversations that you would most likely never have with anyone else.

Everyone is on his or her best behavior when you’re dating, working hard to impress the other. Then you get married, and both of your freak flags wave proudly in the wind.

Marriage is holding hands when you fall asleep. I know it started like THE night after we were married, but every night I’m always a little surprised it’s still our thing. Even the days we’ve been caught up with the hustle and bustle of life and have barely talked to each other, let alone touched. It’s our thing, our thing we never have discussed (until this moment when I’m sharing it with the world.) Everyone has their thing, whether they have realized it or not.

Marriage involves anger. Ah, the inevitable fighting. We avoided it for a long time, I was determined we would not fight in order to “have a good marriage.” But I learned the occasional fight makes our marriage stronger. Bottling it all up wasn’t doing either of us any favors.

…and anger. Once upon a time we believed the sun shined out of each others dairy-air, and then real life happened and My Someone totaled his truck (this truck) and since he wasn’t hurt I became so angry I still remember my hands shaking as I told him how I felt about it. And then, three months later, when I put our mailbox into the side of his brand new truck, our roles reversed, and he wore the REALLY angry pants.

Marriage is taking risks. So. Many. Risks. You buy a house and/or a farm. You invest your money in things that could potentially turn around and bite you. You go off course on a trail in Rocky Mountain National Park for a little ‘alone time,’ only to hear a strange noise in the midst of said ‘alone time’ and be a mere ½ a second from being caught by a family of tourists and a little elderly couple who also decided to go off course. AND then, an hour later, discover the telescopes at one of the scenic overlooks, overlook into the same valley that you and your husband had just happened to go off course into.

You know, just a typical example of marital risks.

Marriage is little acts of love. When you’re dating, there are flower deliveries, and over-the-top gestures, well thought out dates and gifts. After marriage, that fades, depending on your financial situation, gifts, flowers and extravagant dates are out of the question and are reduced to a rare occurrence. Everyone will tell you “never stop dating your spouse,” and I will agree that is something everyone should strive for, but I think it is more important to recognize the little acts of love your spouse puts forth everyday. The days he gets up 5 minutes earlier than usual to make a pot of coffee —when he doesn’t drink coffee—so it’ll be ready for you. The nights he runs out in the snow, ice and wind to retrieve something from your car, even though he just finished a hot shower and is dressed for bed. 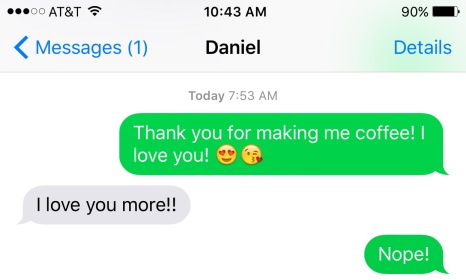 Marriage is showing all your crazy. “I DON’T KNOW WHY I AM CRYING, I JUST AM AND YOU’RE JUDGING ME RIGHT NOW AND IT’S NOT HELPING.” *cries harder*

Let’s talk about all the times, we have been annoyed or hurt, but didn’t tell each other we were annoyed or hurt, so we sent each other the obvious signal of what is wrong by being extra careful not to touch each other or make eye contact. Where speaking is reduced to a caveman style of grunts and hand gestures and sleeping is clutching our respective sides of the bed and letting out overly dramatic, timely sighs to trigger the other to ask “Okay, What’s wrong?” and for the annoyed, hurt one to respond, “nothing.” *deep dramatic sigh*

Real talk, that last scenario is more often than not me. Please, try and contain your shock.

Marriage is a new definition of sexy. Where as once the way he looked in a v-neck tee, white label Cinch jeans and a black cap was all it took to make you melt. The v-neck tee has lost some of its charm after marriage, quelled down with,“The dogs got into the trash because you left it out” and morning breath becoming the norm, that is, marriage.

Sexy is now more meaningful than appearance. It’s those little acts of love mentioned above. It’s doing the dishes and folding the laundry without being asked. It’s when that person has seen you at your absolute worst, appearance wise, and still says “Hey, beautiful” and looks like he means it, even when you’re sporting messy hair and yoga pants. Marriage sexy is seeing the final result of your spouse’s hard work. Like when people call to ask his advice on cattle, or the pride his has in his 4-H kids during the county fair. 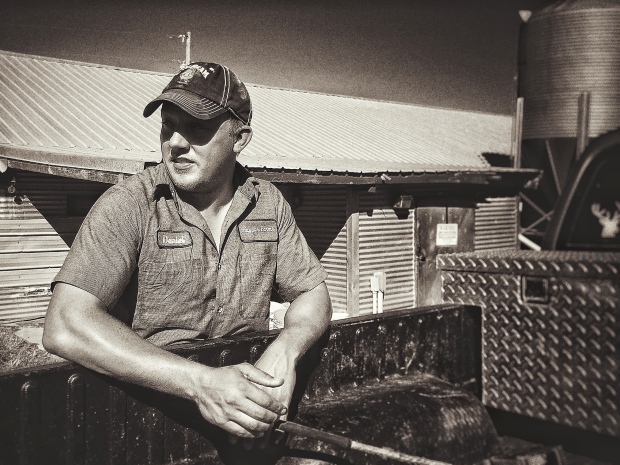 And finally, and most importantly:

Marriage is an adventure. A crazy adventure, that just when you think you have it figured out, something new is thrown into the mix for you to take on, but with someone else to take on everything with you — to hold you when you cry, to laugh until your sides hurt and tell you when your lipstick color choice is looking too cray for public, than it will be the most exciting adventure of your life.

I love you forever, and a day.

13 thoughts on “What Marriage Is”